Another new recruit for Networx3

The 31-year-old from Rotherham joined the firm in June having been made redundant from a national telecommunications, power and signalling firm as part of pandemic-related job cuts. 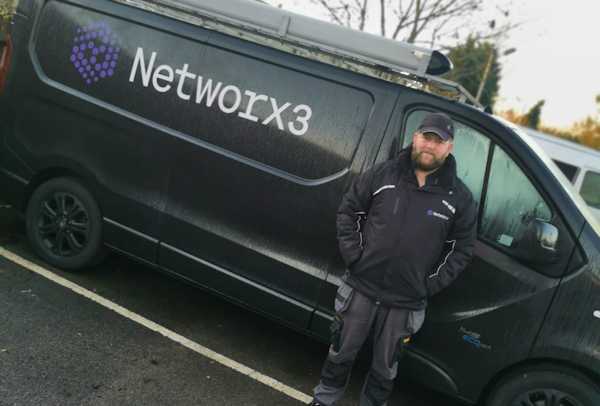 As part of his job hunting on LinkedIn Scott discovered that Networx3 were on the hunt for skilled and experienced engineers. He applied and Networx3 bosses were so impressed they offered him a job ten minutes after his virtual interview.

As a result Scott was made redundant on Friday and walked into his new job with Networx3 on Monday.

He said: “I love the new job. I’m constantly learning and coming up with new ways to tackle something. Every day is different and the client work is varied and really interesting. I’m not working away from home five nights a week anymore either so I have a better quality of life.

“Because Networx3 is a small company you know everyone and you get looked after very well. You have all the best kit and equipment, drive new work vans and everything you need to do your job to a high standard is provided.”

Networx3 commercial director Caroline Earnshaw said: “We are so busy at the moment we needed to hire someone who could hit the ground running – and Scott has done exactly that.

“He’s a fantastic addition to the team where he’s slotted in perfectly. He’s highly skilled, has got a great work ethic and goes above and beyond on every job.”