The 20-year-old had planned to join the Army but started at Networx3 last summer and has clocked up a range of new work-related skills over the past year. 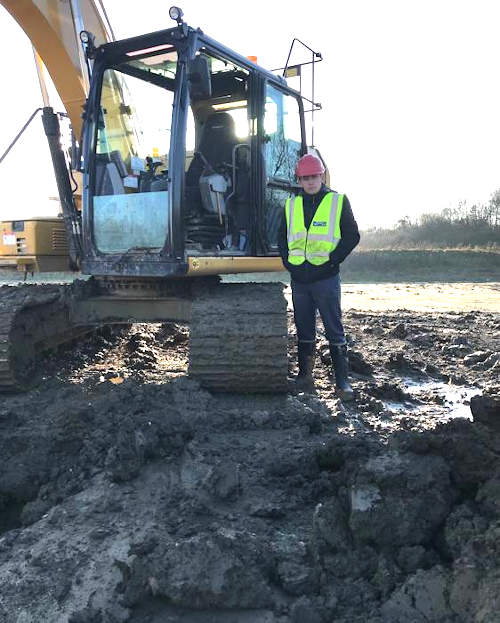 Tommy started out in the Networx3 training academy which included 40 days of classroom-based learning, six months of work shadowing with an experienced engineer and external City and Guilds courses.

He then went through the Construction Skills Certification Scheme which allows him to work on any construction site in the UK.

Tommy said: “I’d always wanted to join the Army because I’m outdoorsy and into fitness but I’ve changed my mind after joining Networx3. I’ve already done lots of the courses I would have done in the Army and I’m really enjoying working there.

“I love learning new things and everything I’ve learned is a transferrable skill. Working on the machines is my favourite bit of the job and in the future I’d love to lead a civil engineering team.”

Tommy has been putting his new skills into action doing a site clearance and trenching for new fibre cable networks to be laid.

Over the next year Tommy will be doing further training in Site Supervisors Safety and New Roads and Street Works Act which will allow him to take part in more of Networx3’s wide portfolio of client work.