Networx3 is celebrating 18 years in business in style – with 10 new hirings and three new electric fleet cars on order.

The firm was founded by mechanical engineer Ian Ashworth on November 10, 2003, from a study in a Burnley semi. 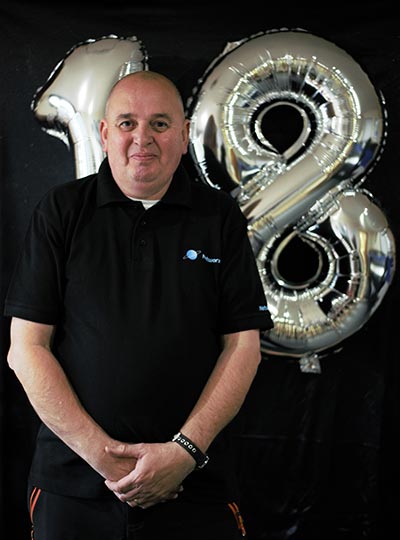 From those humble beginnings as a one-man start up it has grown into one of the most-trusted blown fibre optic cable installation companies in the UK – and expanded into drone inspections and surveys.

Networx3 was born when Ian was working as an engineer for a fibre optic cabling company as an employee.

Because of his eye for detail and high standard of workmanship the company’s client – a UK police force – asked him to set up on his own so they could employ him directly.

Working alongside his wife Julie, who ran the Networx3 office, Ian steadily built the business up from a two-person operation.

By 2006 the firm had moved into new bigger premises, expanded into civil engineering, had four full time engineers on the books and a client list of emergency services, government departments and power companies.

Fast forward to 2021 and industry-leading Networx3 has grown its workforce to double digits with a hiring spree of 10 new recruits this year alone.

Founded in 2017 Networx3 UAV continues to grow with drone work on wind turbines, listed buildings and reservoirs just some of the varied jobs it takes on.